Because I know you will be back

I’m sorry about what happened, for the loss you all feel. But he did it, no one else. And he is gone, quite a while now. You are not honoring him by creating a false nobility for him.

The time has come to let go of the dead, and to respect the living.

By his final act, he relinquished all claims on the house, the yard, on her, and their daughter. He abandoned them.

As he abandoned all of you.

So you show no respect with your actions here: no respect for her or her struggle to keep going since his departure. In fact, you are showing no respect for him. He wanted to be gone. He is gone. Let him be gone.

You are, in fact, making it all about you.

And I can assure you: it is not about you. It is about her and the little one. She is still mourning the loss, although she is healing. She is as courageous as any woman, or man, I’ve ever known, with a beautiful heart.

The little one—I don’t think was even two yet, so it was early this year—said to me, one day, out of the clear blue sky,”My daddy went home.” And then  she was on to something else.

Some days, I look at those two and I wonder, “How could any man leave them like that?”

In fact, you probably know Jeff, who was Tony’s brother, and who lived on the property.  Jeff still owes her two months rent. If you care so much about her, why don’t you go after him to pay up? I am forbidden to contact him: in his moral cowardice, he is once again hiding behind her. (This is not the first time.)

In this way you would be focusing efforts where you could actually do some good, if that is your intent. 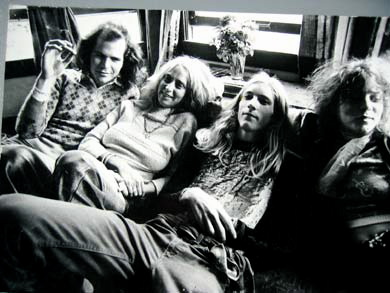 My brother Nate in 1973, second from right 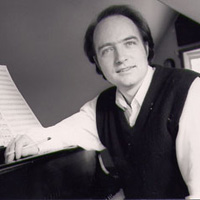 I know about suicide. The first guy to do it was my boy scout patrol leader at the age of 14. That was 45 years ago. Then my best friend’s dad dropped us off at school (Berkeley High) one morning and drove to the Bay Bridge and jumped off. Then another high school friend Brent and another guy I drank with in my early 20’s, Stuart … and the list kept growing: my brother, women I had dated, old school pals, drinking buddies, friends of my parents whom I knew well, on up to Greg, about five years ago.

While I mourn them, the great and tragic loss, I do not forget that they took their own lives, causing immeasurable pain and chaos in the lives of people who loved them.

I have lost everything—everything—more than once in my life, drunk and sober … and I have hung in because, as much pain as I was feeling, I could never get to that level of black-hole self-centeredness that is required to take one’s own life.

So allow me to reiterate that I feel for your loss, but it is time to look to the living, the ones who stayed, the ones who have the courage to keep going and be there for each other.

After Greg and Tony died I was in so much pain, it was physical. And one day I was compiling a list of my people who had died and suddenly it hit me: I had to let them all go, let them all be dead, for my sanity and future happiness.

And I respectfully suggest you do the same.

I have never in my life seen more shit swirling around someone than I do around her. Everybody seems to have expectations of how she is supposed to live her life, with no consideration for her. People seem to believe they have some kind of dominion over the  house,  or over  her, or both.

The fact that you took the time to find two sites of mine and, like a coward, post anonymously amazes both of us. And upset her, which makes you no friend of mine.

Somehow, sometime, you will reveal yourself.

Meanwhile, I will try to feel compassion for you and the rest of the meddlers, but I’m not doing a very good job, ‘cuz it never fucking ends.