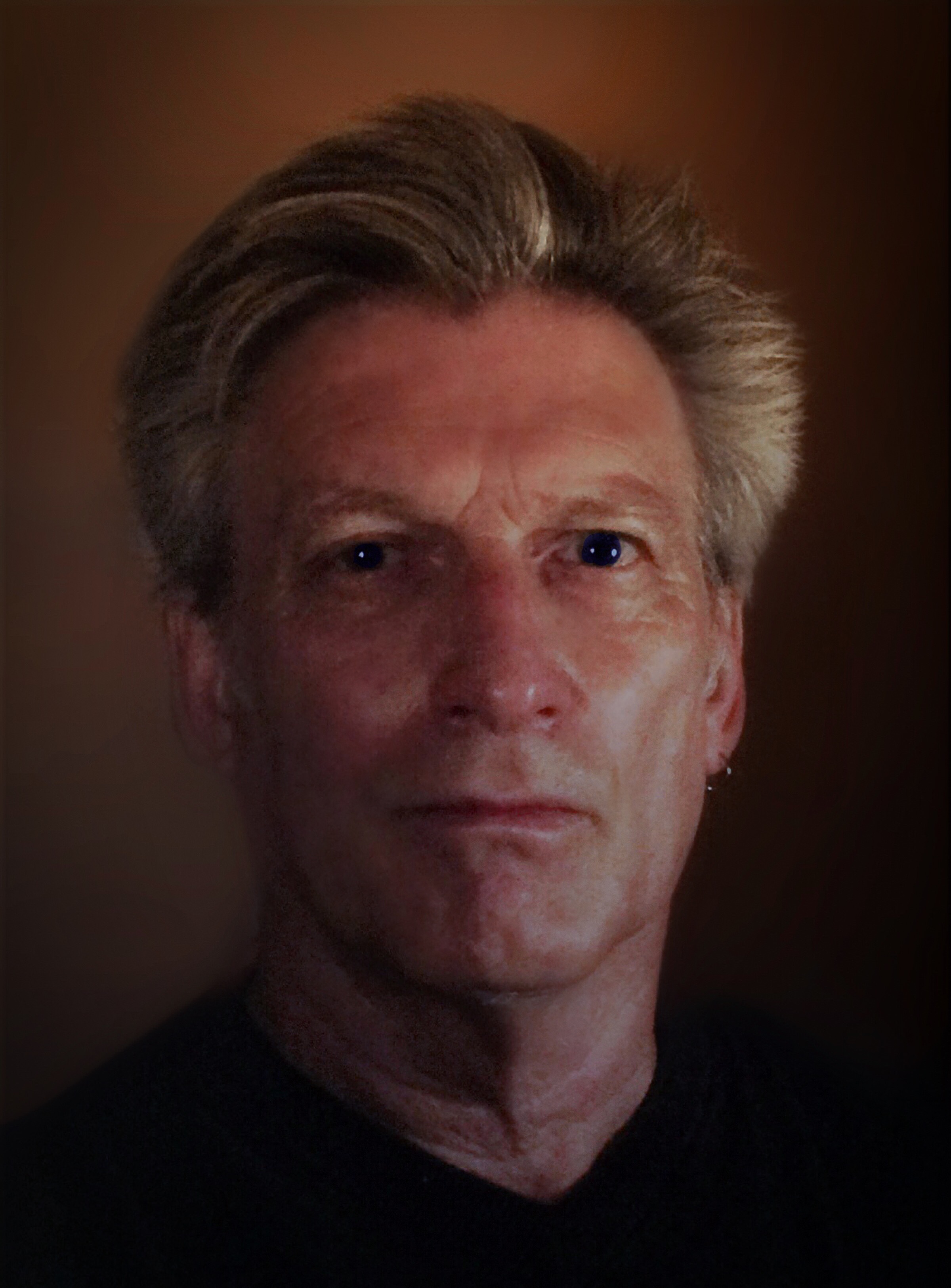 This site is devoted the art, music, writing, and other works of Knox Bronson. Of course, he is writing these very words with that weird dissociative feeling one gets when one tries to write or talk about oneself in the third person.

But Knox knows that you, the reader, his audience, want the big story, not the little story; you want the bold story, not the homey, falsely modest and unassuming one. So Knox suffers this cognitive disjointedness to enhance your, the reader’s, experience at this site. As Van Gogh told Gaugin, one must suffer for art.

Before Knox goes any further, he wants you to know that he could not have done any thing in his life without the help of other people, be they, among others, members of his family, certain teachers, numerous friends throughout his life, as well as the artists in every field, too numerous to name, whose works opened worlds to him. You yourself are part of this ever unfolding journey.

And he thinks at this point, that he should revert to first person.

Welcome to my site.

I’ve been online since early 1994. I remember when yahoo! had about fifty listings total, for animals, and I put up a page for Yoshi, my pot-bellied pig … he was the first pig on the web. In all that time, I never registered knoxbronson.com … don’t ask why. It is not a question I can answer.

In any case, a while back, Shoji Kameda of On Ensemble fame came over to hear all the rough mixes of the cd, Pop Down The Years. I think I had already gotten Oldman Coldman, the song Shoji did percussion for and helped arrange, back from the man mixing the album, Charles Stella, by then.

Shoji really liked the cd, what Andy and Angie had added to it, some of the new arrangements he hadn’t heard before. And he said, “You have to build a new website dedicated to just your music.”

He went on to tell me the different things I needed to have in the site, which, he insisted, would be www.knoxbronson.com. Among them, a bio.

The first thing you need to know, although I hope it is abundantly clear just* from listening to my music, that they, all my songs and compositions, come from the realm of the heart, not the marketplace. Same with my art.

I am, like many in the pop world and few in the classical world, a self-taught musician, composer, arranger. As well as a self-taught photographer, artist, editor, curator … everything …

I took trumpet lessons in sixth and seventh grade. I taught myself guitar and music theory (chord structure, etc.) using Beatle songbooks in my teens. I got friends to teach me finger-picking patterns. I took two music courses at UC Berkeley during my ill-fated tenure there, getting an F in both. Part of this had to do with almost never attending class.

And this is just as well. I was eager and I had ears and much of what they teach in music theory then, and now, was not just wrong, it ran counter to the nature of music, and our relationship to music, itself. It took my friend Greg Jones many years to recover from his MFA in experimental music at a prestigious art college.

In my early twenties, I would practice guitar up to eight hours a day. I tried to put a couple bands together, but didn’t realize what assholes most musicians are. And discovered shortly there after a most amazing thing: if I was taking the same drugs as David Bowie, then I was just like David Bowie! And why bother with all the heartbreak, loneliness, and work of writing songs, playing shows, and building an audience when I could just ingest some goodies and a bottle of brandy and achieve the same, necessary result?

So that took up my time for the next twenty years or so, during which time, I held crappy jobs, drank in bars,  dreamed about playing music, chased women, got married and stopped chasing women, had children, dreamed some more … and so on. I mean, I was doing the Bukowski Big Time …

Arriving, finally, at the bordertown between the drunk world and the sober world, it dawned on me that my days were numbered if I tried to go back down the old paths and so …

by Knox Bronson | Pop Down The Years

I asked for help, from Whomever or Whatever might be listening (I didn’t know or care), and was pulled out and brought into a new world, one in which I no longer needed the drugs and booze.

At about three years in, I remembered one afternoon that I had once loved playing music. I still had the serge synthesizer and I started buying gear and learning about midi and synths and drum machines and effects boxes, recording, mixing, and so on.

I really felt like Rip Van Winkle … when I had last checked in, music technology was flat-wound strings, wah-wah pedals and tape echo machines … what Jimi Hendrix used to create the first filter-swept arpeggio in pop music on his version of “All Along The Watchtower.”

I learned as I went. How to do sound design, how to hook up a battery of synths and sequence them from my computer, how to record to my mac, how to write a bassline, a drum pattern, a string arrangement … how to create color in sound … for years I thought my brain would break at times, trying to learn so much. This process of teaching myself everything and exploring the new-to-me musical world was just amazing. I had help, of course: lots of people shared their knowledge. Thank God for the internet, and the Analogue Heaven mailing list – I met so many people and learned so much there.

In the old days, you had to play the game all the way through school and then find a benefactor, or, worse, a record label to finance the making of your music. Computers have changed everything.

Say what you want about samplers and synthesizers – making music with 1’s and 0’s, pushing pixels around as some decry – but remember that there was a big argument over hiring a full orchestra – the expense – in the studio while the Beatles were recording “A Day In The Life.” This was the biggest selling band of all time and the label didn’t want to spring for a full orchestra. Finally, Ringo piped in and suggested hiring half an orchestra and recording it twice. Which is what they did. I have several orchestras in my mac mini now, along with a phalanx of instruments and sonic color undreamed of forty years ago.

Well, they had George Martin and Geoff Emerick, the magic engineer. Truth be told, I’d swap my Mac for those two.

The first music I did was pretty weird, though beautiful, and I still love it. Those songs comprise the Flight of the Atom Bee cd. Most of the songs are on the cd that accompanies my novel, Flapping. The next batch was a little more accessible, and can be found on the Deus Sex Machina cd, which will be released again in 2008. Two of the songs on that cd (3 seconds before maia smiled, and Ubi Mel Ibi Apes (where there is honey, there are bees) are now in the permanent collection at the SF Museum of Modern Art as a part of a multi-media show (which you can see in the video section here – my songs, anyway).

Now, at some point I had to get really honest with myself and admit I wanted nothing more in the world than to sing.

Then I had to get the courage to admit that to another human being. You may wonder why this would be so difficult. Without going into detail, let me just say that in certain kinds of dysfunctional families, one’s dreams are used as weapons against one, or are taken hostage, or simply demolished. So one learns to keep important things secret.

Now, if I were singing again – and through a couple of flukes—actually no flukes at all, to be truthful: there was intervention by a greater power of some kind— I was blessed to get into Judy Davis’s last voice class – that meant I had to start writing songs. That meant learning all over again how to do that, and to finish them (that’s the hard part), and then arrange them, and then share them. Striving to be as true as possible to the songs themselves, getting out of the way, bringing forth all the color and magic inherent within them …

I will tell you this: we don’t really write the songs. They already exist. If we are lucky, we are able to go down below where the music is and bring fragments back. And then more fragments. And with luck, patience, and discipline, we end up with something worth sharing with you.

I write [channel] the songs, do all the arrangements, play all of the instruments (except where noted), if you will, and then, when I have hit the wall, I call in Angie, Andy, Gustavo, Charles, or Shoji to save the song … so far it has worked pretty well.  I am very lucky to know some truly musical people.

If there is a common element to all my creative endeavors, it must be that I am willing to follow a path, a serendipitous inspiration, to see where it takes me. It has been the same for all the visual art I’ve done (I discuss that in more detail here). Or HoneyBun Spanking Kits. Or the Community Garden I just built.

Some men pursue money as the ultimate goal and measure of a man. I’ve always liked women better. And my art. And anybody who appreciates my art.

But that doesn’t work very well in the real world, where the marketeers and merchandisers have almost succeeded in crushing the air and life out of everything that matters, in pursuit of a nickel or a dime. I like to think that I fight to keep a few pockets of air open in this marketplace we now call a culture. I’m not the only one.

Please enjoy my music. Read a book, eat a good meal, make love, go to a gallery, play with your children, make your own music, take a picture, enjoy this beautiful now, don’t let the bastards get you down … and join us here often.

Yours on the infobahn to happy destiny,

*note that this is the second time I have put the word “just” in boldface.