Next Show: Bateau Ivre, Record Release Party for the new “the seasons” and some live music 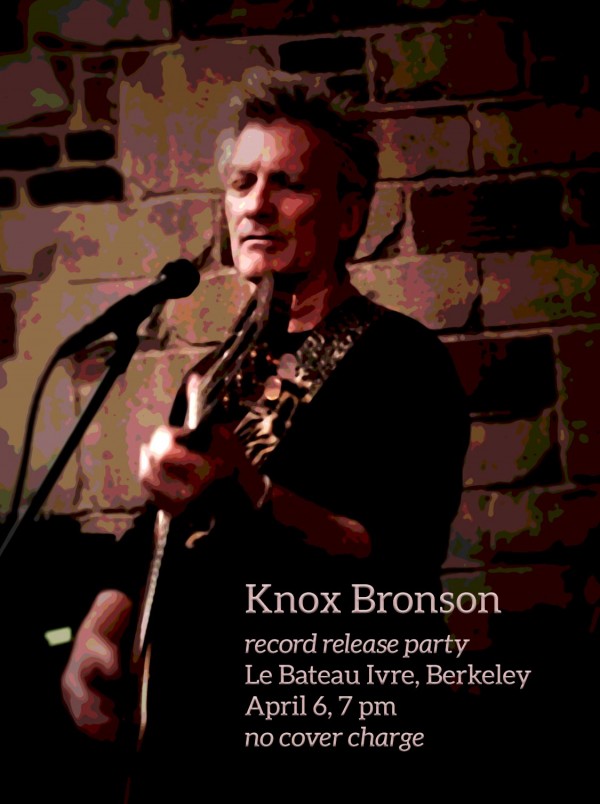 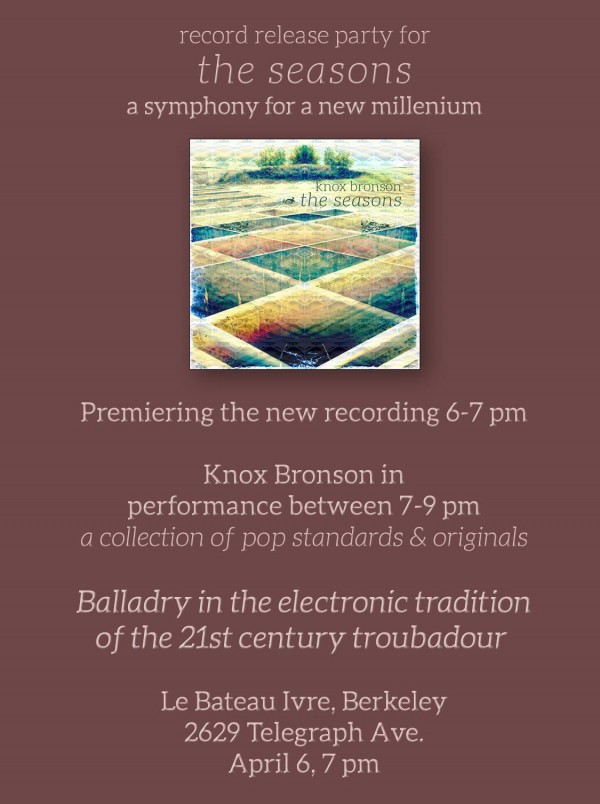 I decided this evening would be a great night to premier the re-mixed and remastered “the seasons.” I will have it on the sound system between 6 and 7 pm. CDs will be available. This is the way “the seasons” was always supposed to be.

After that, I will be hoisting guitar synth & iPad and doing a set of originals and my favorites songs. Should be a great show. Come for some or all of it! 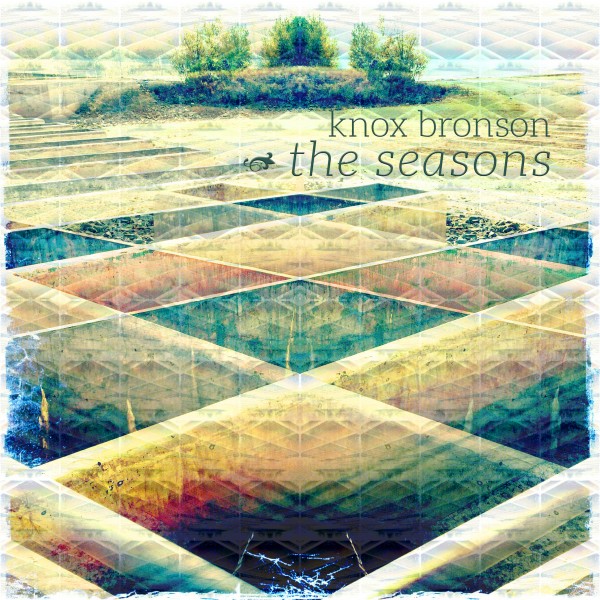 This image was shot by Kate Zari Roberts. You can see more of her work here. I looked high and low for the right image, found this one on P1XELS. And I kept coming back to it as I continued the search. Finally, I just knew it was the one. Shot and processed on iPhone of course!

Press release for “Pop Down The Years”

Dedicated to bringing back the golden era of pop songcraft via a unique mix of rock, electronic and classical influences, Bay Area based singer-songwriter Knox Bronson has long subscribed to the whimsical spiritual notion that “we don’t write the songs. They already exist. If we are lucky, we are able to go down below where the music is and bring fragments back—and then more fragments. And with a little luck, patience and discipline, we end up with something worth sharing.” The compelling songs that comprise his latest album to Pop Down The Years, have been swirling around and inspiring Knox have manifested themselves with a sound that’s something like The Beatles filtered through Bowie, with some Donovan, French impression composer Claude Debussy and the legendary German electronic band Kraftwerk added for good measure.

If Knox’s unique approach seems like a throwback to 60s and 70s–a tribute to the old school way of composing and producing–make no mistake, it’s purely by design. He came of age in those days and can remember a time when music mattered, the roots of rock were blues and the Brill Building and Tin Pan Alley influences ruled the charts. After recording but not officially releasing two previous classical/electronic driven albums—including Deus Sex Machina and Flight Of The Atom Bee, a companion piece to his novel Flapping—he returned to his lifelong love of pure, heartfelt songwriting. His goal: to maintain that level of composing while blending in and exploring the unique tonal colors made possible by today’s incredible technologies. The result is a timeless collection that, first in his mind and now in the spirits of music fans everywhere, brings back the magic that’s been missing in pop music for too many years.

“Just as the title track is a love song to both that era and a girl, the idea was to make something beautiful that people can enjoy listening to as much today as ten or twenty years from now,” says Knox, a veteran of the Bay Area dance club and café performance scene. “It goes against the grain of ‘flavor of the minute’ that has been part of pop music for a long time. I’ve always loved working with electronic and orchestral sounds, and while I didn’t start out with an overall concept, I always made sure to get out of the way of the song so that the honesty and emotion of each could shine through.”

While Knox did all the arrangements and orchestration for the backing tracks on a Macintosh and played most of the instruments on Pop Down The Years, his sound is greatly enhanced on certain pieces (such as the Bowiesque “Old Man Cold Man”) by drummer and percussionist Shoji Kameda, well known for his work with the popular jazz fusion group Hiroshima. The project was co-produced by Knox’s longtime friend Andy Crisp, a veteran studio musician who has worked in Los Angeles, London and New York. Knox was building some powerful musical steam by mid-2007 when he hit a creative block and the project briefly stalled. He knew the songs were strong but wasn’t quite hearing the magic for which he was striving. Crisp’s input and development contributions, as well as his idea to bring in live drums and soulful vocalist Angie Harnell, brought life back into the sessions; Harnell appears on four of the nine songs. Another factor in catapulting Pop Down The Years into its ultimate form was the expertise of veteran mixer Charles Stella, who has lent his brilliant production skills over the years to albums by everyone from Norah Jones to Thievery Corporation and the Brazilian Girls.

The album’s overall diverse vibe is captured by a few key tracks, beginning with the trippy and summery, Beach Boys meets Europop bubblegum tune “Hey Little Earthgirl”; an outer-space love story with intergalactic space imagery, the cheery tune chronicles the journey of leaving one’s home solar system to find true love.  The metaphysical mini-suite “Old Man Cold Man,” which Bronson said was his first attempt at arranging for string bass, cello, violin, and frog, is a tone-poem, an other-worldly response to David Bowie’s song “Bewlay Brothers” itself an allegory detailing the closing down of the 60s in another dimension, while the propulsive “3 Seconds Before Maia Smiled” (whose meaning is purely up to the listener’s interpretation) is in the permanent collection at the San Francisco Museum of Modern art as part of a multi-media show. The instrumentation of the title track, a lilting Pop Down The Years, is a loving tribute in and of itself to legendary Beatles’ producer George Martin; the song is about the experience of being part of that musical generation that truly felt it could change the world, and acting as witness to that part of history.

“The underlying current running throughout Pop Down The Years is this idea of recalling a time when pop music was all about hope and promise,” says Knox. “These songs are about trying to open up that whole energy channel again. It’s a true, straight from the heart culmination of a lot of my life experiences and thoughts and dreams, about a sense of romance that never has to leave us despite the passage of time. It’s not all peace and love, believe me. There are forces of darkness that are more with us than ever. I’m trying to evoke and share that ‘glad to be alive’ feeling that I used to get when I was young and first listening to the music that changed my world.”