Other reviews of “the seasons” from around the web 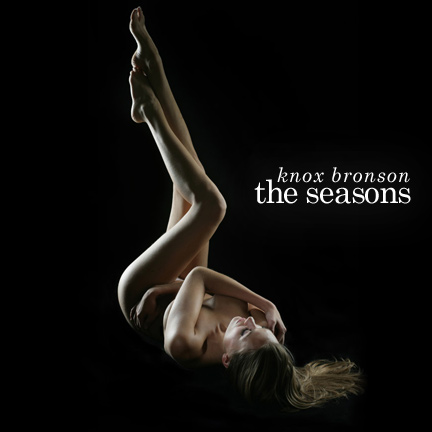 Knox Bronson “The Seasons” – A beautiful and brilliantly mastered four-track instrumental work that bridges the gap between the orchestral and symphonic, and the subtle digital realm of acts like Plastikman. Each track (coming in around the fifteen-minute mark) represents a different season, and Bronson has somehow managed to rip apart summer, fall, winter and spring, and put them back together in the form of a song. One of the best of this batch.

Mix electronic, classical, ambience and pop and you have the new, innovative piece by Knox Bronson in The Seasons.  Even adding that symphony orchestra element to the background, Bronson takes you on a hypnotic trip.  Bronson is the singer, songwriter and composer who brings you four excellent installments that run for an average of 15 minutes.  All instrumental, the album is one to listen close to with true meaning behind each creation of sound.
On the cover you see an attractive woman unclothed with her legs in the air and arms covering her private essentials.  Definitely an eye-catcher and this beauty is actually Victoria Secret supermodel, Amber Myles Arbucci.  She can be seen on the back along with inside the contained artwork displayed in different poses.  The true essence can be seen from the cover because she seems completely at peace with herself and her body.  Her eyes are closed and she lays there on her back without a worry in the world—carefree spirit if you will.  The ironic part is that this seductive portrait of Arbucci actually captures the pure emotion of the album.  That raw emotion being peace and tranquility is the premise of the record.
The Seasons is just that; inviting you to experience each turn of the seasons one by one.  The album starts with “Summer of ‘68” and ends with “The Forever Spring” taking the listener on a magical journey.  Bronson offers a whimsical quality along with a strong spiritual well-being that resonates throughout the composition.  Each song signifies not just the spirit of the seasons, but also the spirit of Bronson inside.
Knox Bronson

How exactly to peg Knox Bronson? Perhaps we shouldn’t and just let the music speak for itself. On this album of four extended pieces, Bronson mixes jazz-like passages with electronica, sometimes almost pushing it into a trance realm, but not quite. It’s too sophisticated for that sort of programming, and that’s definitely a plus. What it is definitely is languid and spatial, with “Summer of ‘68” and “Autumnal Sun” being completely wondrous works of music. If there’s a misstep here, it’s only in “Winter Blue” and only because it’s the one spot where the music doesn’t live up to the prior cuts, sounding a little too syrupy at times. But things get back in the groove with the closing “The Forever Spring.” Consider it Vivaldi for 2009, if you like. And if you don’t, there’s still a pretty lady all over the CD’s art in various stages of undress.  Ooh la la.

Bullfrog on “Pop Down The Years” 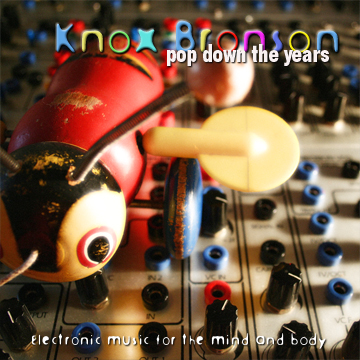 Knox Bronson is a Bay Area-based singer-songwriter who has used this release as a way of revisiting the 60s and 70s and making a tribute to the old school way of composing and producing.  More than that, he’s looking to re-invoke the days when music seemed like the doorway to all things right and beautiful.

He has done all the programming work himself, written and arranged the songs and sung them too (with some help from chanteuse Angie Harnell…note to Knox, next time, give her a bit more space to strut her stuff).  Sometimes, when an artist gives himself all the tasks, he loses sight of the goal and the album’s focus drifts.  Not so here; Bronson keeps his inner eye on the ball and delivers a piece of work that harks back to good times of Donovan and the Moody Blues, but maintains a foot in the here and now.

Bronson is the kind of guy who’s seen it, done it and even has the t-shirt, but gave it back.  He is literate, mature and thoughtful and this comes through in spades in this release.  He’s here to speak his truth in quiet, authoritative terms.

Bronson has a voice that reminds one of David Bowie in his good years.  He doesn’t have an especially melodious voice, but it is pleasant to listen to, authoritative and solid.  The music and lyrics flow around our ears, drawing us into another place.

The only cover song is “Celeste”, originally written by Donovan (and done better by Bronson), but we are treated to “Pop Down The Years”, an evocation of the days when the intellectual and the psychedelic could co-exist in the same song.

Summary: Get this album.  For mouldy oldies, this music is a throwback to the “good ol’ days”.  To the young and hungry-for-the-new, this release will come as a revelation.