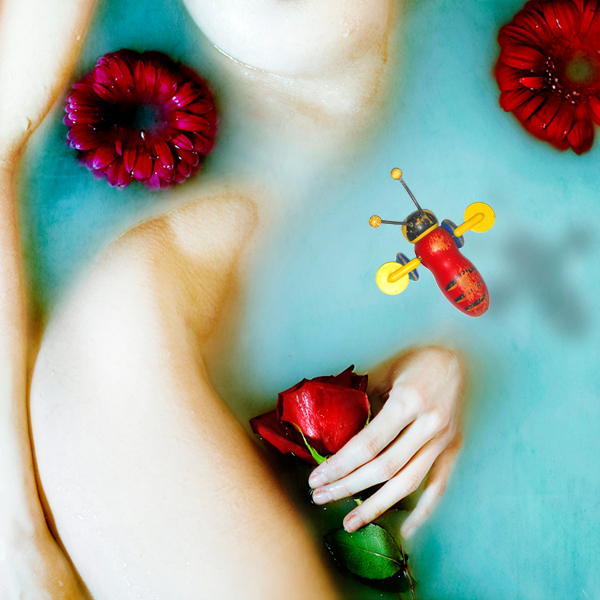 Flight of the Atom Bee photo by Luciano and Mira Donato, Italy www.mirabiliaimages.com

Realizing that vast strides had been made in digital audio technology in the years since I originally recorded this song, I recently got out the old 1″ tape on which resides the original recording of the title piece of the cd, took it down to Wally Sound Studios in Oakland, redigitized the audio and took the resultant audio file to Oakland Wunderkind Charles Stella, who also mixed and mastered my “Pop Down The Years” and “the seasons” cds, and had Charles apply his advanced noise-reduction magic to the track.

Some years ago, I released a version of the cd with my novel, “Flapping,” with some songs deleted and others added from what is now the “Deus Sex Machina” cd, which I also recently had Thomas remaster and release, but this songlist is the original “Flight of the Atom Bee.” It had been my intention to make the cd more “commercial” with the subtraction of some songs and the addition of others. As friend and collaborator Shoji Kameda, of the On Ensemble and Hiroshima, kindly pointed out, there really is no way to make “Flight of the Atom Bee” commercial.

It is, nonetheless, a work very near and dear to my heart. Very electronic. My first attempts and merging the orchestral and the electronic into a modern classical idiom, electronic pop for the ages.

Get “Flight of the Atom Bee” on Bandcamp.