Song-by-Song: March of the Molecule Men from Flight of the Atom Bee

March of the Molecule Men was one of the last songs I wrote for Flight of the Atom Bee.  I had decided that the whole album skewed to the experimental and artsy and what I really needed was a straight up easy-listening four-on-the-floor piece of ambient techno.

The problem with four-on-the-floor (a kick drum hitting each beat in the measure 1-2-3-4) is that it’s boring, so I very quickly and quite unintentionally veered off the straight and narrow with this piece.

I created the squishy bassline on my mac with an application called ReBirth that emulated the unique sound the classic Roland TB-303 Bassline synthsizer. It was a very simple pattern, four or five notes, two measures long, in D major, and it drops in and out for the course of the song. I put a slight delay on it.

I was using an Emu SP-1200 drum machine at this time. I believe I talked about it a little bit in my piece on Wild Pink Yonder.  I wrote every note of the drum part – no loops were involved. In fact, I have never used drum loops or audio loops for bass lines in any piece I’ve ever written: these parts are way too important to the song and if one uses clip-art audio, one gets a clip-art song. Many of the little percussive sounds in this piece were created by hitting everyday household objects together, sampling them, editing if necessary, loading into the SP-1200 and using for percussion. 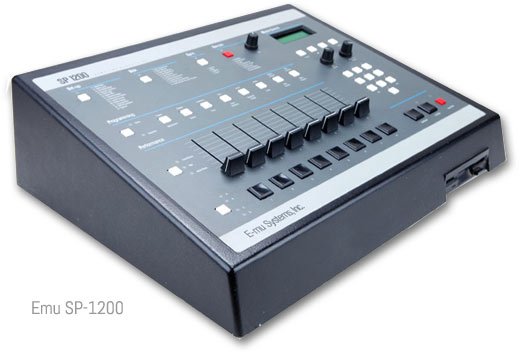 Normally, when I arrange pieces, I block out sections and usually try to hew to an approximation of a 32-bar pop song for structure: intro-verse-chorus-verse-chorus-middle eight (or breakdown)-verse-chorus-outro. But that leaves one with a lot of room for play and exploration. Sometime I would have an event of some kind in mind and the challenge would be how to get to it in a musical and emotionally evocative manner.

My particular challenge in this piece was to build the piece rhythmically, leading up to the explosive cartoon bursts at the end.

Early on, as I worked on the piece, the cartoons of Sally Cruikshank popped in my head. I had seen a few of them at an animation festival in Berkeley in the mid-seventies and the visuals had stayed in my head for decades. So March of the Molecule Men became a soundtrack for an imaginary Sally Cruikshank cartoon. Below is one her amazing works. What an amazing and original talent. I highly recommend you buy her DVD (you can find a link to it on YouTube).

As I mentioned, I veered off the four-on-the-floor aesthetic almost immediately with this piece. Rhythmically, I was quite influenced by late Captain Beefheart here. Around the four-minute, you will hear a series of drum rolls, the first one slightly stuttered, the next a little more steady, and the last smooth and steady. This really bothered a friend of mine. I had to explain that it was the drum machine learning how to do a drum roll, that it took a couple of tries to get it right.

Now, to something very important. My good friend, Gustavo, founder of Nude Photo Music, had, around this time, informed me that a good house/techno track had handclaps on the two and the four beats. This seemed very important, so I set about creating an awesome hand clap sound. I wanted it to be BIG. I’m a little vague on what I actually did to the sound, but I know I ran it through a high-end reverb and also put some slap-back echo on it. There were probably a couple other things I did to the sound, but I cannot recall them through the mists of time.

When I published my novel, Flapping, I included a variation of the Flight of the Atom Bee cd, with some added songs, attempting to make it more commercial. In the notes on the cd at the end of the book, I said this about the clap sound:

The clap sound to this day bugs Gustavo. It is dedicated to him.

The swirling arpeggio you hear intermittently and at the very end of the piece was done with the Korg DW-8000. It’s great for such things.

All of the other sounds in the song, all the electronic noise, fragments, melodic bits, sweeps, plinks, and spurts, came from a Roland Jupiter 6, an amazing machine. 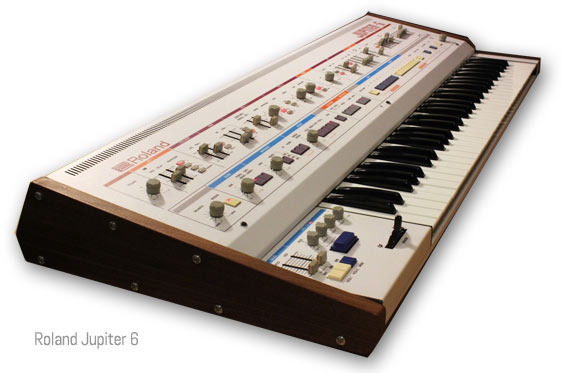 I either taped down a number of keys, or just created an arpeggio, synced via beat clock from my mac to lock to the song, and set the Jupiter 6 to hold it. I then manipulated the sound in real time, playing with attack, decay, filter settings, using sliders and knobs on the Jupiter 6 to get all sorts of strange and brightly colored—this piece is a rainbow—fragments of melody and noise. I recorded everything to digital audio tape and then transferred digitally to my mac and began the long and thoroughly enjoyable process of slicing the audio file into usable bits and moving them around, arranging and creating the flow of the piece.

I forget how many days it took to finish the song, but once I started the arranging part, I could easily work for sixteen hours, breaking for meals and coffee once in a while.

I also experimented with time-stretching sounds on this piece: you can hear the results near the climax of the composition—as is often the case, March of the the Molecule Men is about sex, the title a reference to the passage through and the eruption of bodily fluid from one body into another, to be truthful—I particularly like how certain harmonics emerge  in the sounds.

So, that is how the easy-listening, almost four-on-the-four composition, March of the the Molecule Men, came to be.