The Coming of the Great Darkness, Pt. 2 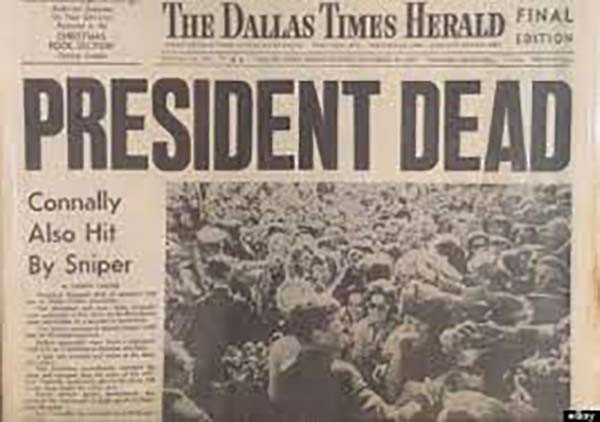 ” …fairness, justice, and freedom are more than words,
“So if you’ve seen nothing, if the crimes of this government remain unknown to you then I would suggest you allow the fifth of November to pass unmarked.
“But if you see what I see
if you feel as I feel,
and if you would seek as I seek,
then I ask you to stand beside me one year from tonight …
—V, V For Vendetta

So we are talking about the killing of President John F. Kennedy, the fact that his killers were never brought to justice, and the feeling that we are now, as a country, living in Bizarro-world, where everything is the opposite of what it is supposed to be.

We left off in Part One with my ex-gangster friend replying,”Are you having a nice night, kid?” when asked him who his associates in the mafia thought had killed JFK.

I smiled, but was silent, totally focussed on him and whatever he might say next.

And he said, finally, looking at me levelly,”I could tell you a story. I don’t like to talk about it that much. I knew at least fifty people who were involved who have been killed …” 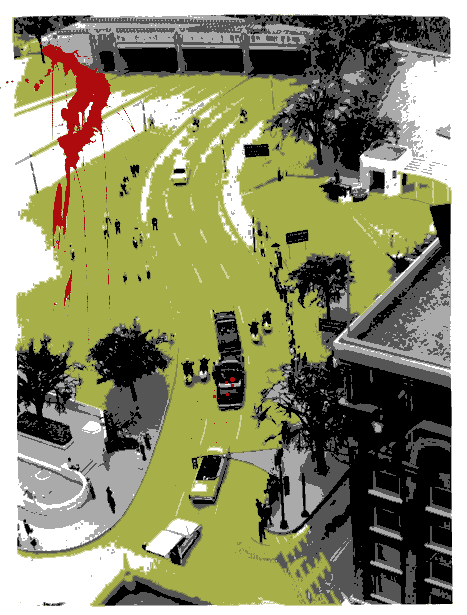 He went on to say that Sam Giancana, the country’s top mobster, had ordered the hit and that he himself had been invited to take part in the operation but had, for reasons he did not share with me, declined.

Needless to say, I was nearly ecstatic. After thirty years of the study of this great dark act at the heart of  American history, I believed I was getting close to the truths at the core of what William Burroughs called

Over the next couple months I talked to him a couple times on the phone. At one point I asked him if we could get together to discuss the JFK killing.

–No, we won’t be talking about it anymore. Some people in Texas told me not to talk to you about it.

[I’ve often wondered about this. Do you think he called up “some people in Texas” and asked permission to tell a young friend about the darkness at the heart of the American century? I truly welcome a feasible explanation. I am just having a tin-foil hat moment with this.]

I was quite disappointed, but I didn’t give up all hope.I ran into Rod a few weeks later. He gave me a hug and kiss on the cheek as usual.

We went through the pleasantries and then I said

–Rod, I know they suggested you not talk to me …

And he said sternly

I got his meaning and continued

–Well … could we talk about other things?

–Have you read Ellroy’s books?

–Did he get it right?

–It was a work of fiction.

–Yes, but did he get it right?

–He can’t prove it. If he could have proved it, they wouldn’t have let him write it.

–Why do they care so much after all this time?

–It is a part of history that they do not want revealed.

–Well, how did they get away with it then?

He leaned toward me and said quietly but emphatically,

He said nothing to this, but a sly sad smile spread across his face and he just looked me without blinking.

–Kid, you’ve got to understand something. We’ve always been part of it. They use us for things they can’t do. One time in the early sixties, there was a civil rights caravan heading for Reno from California, to unionize workers and the powers that be wanted them stopped. So about fifty of us got on Highway 50 up in the mountains with tommy guns and stopped the caravan, told them to turn around or there would be a massacre. They turned around and went home.

Which prompted a question from me, for which perhaps there is no answer.

–In that case, where is the dividing line between … you know … the legitimate corporate world and the mob …

Then he could see the reaction I was having to all of this.

–Just remember, Knox, when the going gets tough, the Devil eats his own.

Then he repeated it

–When the going gets tough, the Devil eats his own.

I nodded, taking some comfort in this assurance. He smiled. I had to run to take care of a few things and said

–Thanks, Rod, I’ve got to run. Talk to you soon & blah blah blah

He bid me farewell and Godspeed.

It was the last time I saw him alive. He was diagnosed shortly thereafter with terminal cancer. Before he died we had a few conversations.

I told him that a number of our mutual friends thought he was pulling my leg, making it all up.

–They just don’t want to know.

He kept saying I should come visit, but by this time, I was on the lam in Hollywood.

After I got back from my first trip to Las Vegas, a city I had long associated with the killing of JFK … I had taken three HoneyBun girls, my voice coach and his boyfriend, ostensibly my partners in a plan to bring spanking kits to Western culture, to the International Lingerie Show where we had a booth … Rod couldn’t wait to hear my reaction to the city.

I had just finished reading two books, The Money and the Power, the Making of Las Vegas and Its Hold On America and Double Cross: The Explosive, Inside Story of the Mobster Who Controlled America, about Sam Giancana, wherein Giancana described the JFK killing as a coup d’état (“Nobody goes up against the Outfit and wins.”)

I was not prepared for Las Vegas. I don’t think anything can prepare one for Las Vegas. The trip and the books put me into a funk for a week. I told Rod so.

–Aw kid, he exclaimed, don’t let them intimidate you! It’s just another town with a hustle!

And, as he often did, to make sure I understood, he repeated

–Don’t let them intimidate you … it’s just another town with a hustle!” He laughed.

Rod died not too long after. Unfortunately, I never made it to see him again.